Technology is an important part of our lives. The majority of our communication, jobs, and entertainment have rapidly moved online. And so has our personal information.

While there are benefits to our digital presence, there’re also a few drawbacks. Data breaches are one.

Check out our data breach statistics below to see how cyberattacks affect you.

Data is one of the most valuable assets and data loss statistics show that companies get hacked more and more every year.

A data breach can easily expose your name, social security number, bank accounts, and addresses. And data breaches happen all the time.

Almost half of those happened in the States alone. There were 1,473 data breaches in the U.S. last year.

Cybercriminals are getting more sophisticated and the number of data breaches show companies are still not adequately prepared for the challenge.

2. More than 77% of organizations don’t have a cyber incident plan.

On top of that 54% of surveyed companies experienced cyberattacks and that is concerning.

3. It takes almost 6 most for most organizations to discover a data breach.

It doesn’t matter if that’s a small business or a large corporation data breaches are not discovered as fast as they need to be.

Facebook, Equifax, and Capital One are just a few examples of companies having problems with data breaches. Not only was the personal information of millions of people leak, but the hack was discovered way too late.

The Impact of Data Breaches in 2020

As i t’s clear, even tech giants – which store most of our personal data – can become the victim of data breaches.

4. In April 2020, Facebook had yet another data breach leaking the profile data of over 267 million users.

Facebook seems to be an easy target for cybercriminals.  In the past 3 years, the social media giant got hacked regularly.

The company is struggling to keep its users’ data secure. But the most shocking thing is that in the most recent data breach 267 million users’ information was available on the darknet for just $500.

5. Marriott International reports their systems have been hacked late January 2020.

This time the personal information of 5.3 million people was exposed. The company says the login credentials of one of their apps have been hacked- leaking guests’ names, emails, phone numbers, and much more.

The company says they don’t believe payment information was stolen. However, the fact that the chain has yet again been exposed is concerning.

That’s not all. The data leaks continued with the cruise line – Princess Cruises and Holland America Line reported breachеs, too.

The company reported that cybercriminals have gained passport and social security numbers of guests, crew, and employees. The exact number of compromised data wasn’t announced.

Then Microsoft added to the recent data breaches reporting that:

7. 50 million customer records stolen from Microsoft at the beginning of 2020.

14 years of your personal information in the hands of the wrong people.

If global corporations are not protected against cyber attacks what can we say about public institutions?

Just in May 2020, a New Mexico county fell victim to a ransomware attack.

How much and what type of information was compromised is still under investigation.

Again in May, came another data breach report. This time it was from a university.

9. Michigan State University was targeted by a hacker, claiming to have gained access to files containing personal and financial information.

The hacker has demanded a ransom for the information, which the University refuses to pay for now.

Back in March, another university suffered a data breach.

10. The University of Utah Health announced in June, that between April and May 2020 employees’ email accounts were accessed by an unauthorized party.

The attack was detected shortly after but patients’ information such as names, dates of birth, medical records, and other clinical information was exposed.

It’s not only universities.

The healthcare sector is one of the most vulnerable to data breaches. Social engineering statistics  show that:

11. Healthcare comes 15th out of 18 in social engineering.

In the context of information technology, social engineering tests how easy it is to manipulate people into giving you access to sensitive information.

To rank at 3rd worse place isn’t good news. Especially, for a sector that holds incredible amounts of personal information on every single person.

In 2019, the sector saw a surge of cyberattacks with almost 37%. There were over 500 cases of reported breaches and 41 million exposed medical records.

But how many data breaches in the field аre there in 2020?

The year is only halfway through and we already have more cases than the total number reported in 2019.

The company is not yet sure of the size of the compromised data but it’s suspected that physical addresses and healthcare insurance account information has been leaked.

Cybercrime statistics are clear that every public sector is being targetted, even retirement systems.

15. The San Francisco Employee’s Retirement System (SFERS) was hacked in March 2020, through a server operated by one of its vendors.

SFERS reports that an unauthorized person gained access to a database that contained more than 74,000 members. Everything from names, addresses, dates of birth, and bank details were exposed.

The problems with cyberattacks are not solely the United States issue. Data breaches on average cost $3.92 million globally.

Even an organization like the European Union isn’t safe from data breaches.

16. In June 2020, the European energy company Enel Group reported they’ve been affected by a ransomware attack.

Fortunately for the energy giant, the malicious act was detected by their antivirus software before it could infect their systems.

And while the big organizations take the newspaper’s headlines, small businesses are also threatened according to cybercrime statistics.

A Verizon study shows that:

2020 is marked with cyberattacks in every business sector and size.

Not only that but in more than half of the attempted breaches hackers manage to get the information they were looking for.

18. So far in 58% of the data breaches in 2020, victims had their personal information compromised.

It’s clear that cybersecurity needs to be on everyone’s top priority from individuals to corporations, and public organizations.

Biggest Data Breaches of All Time

Cyberattacks are now a common thing, but there’re times when data breaches are so big they make us gasps in shock.

19. The biggest data breach happened in 2018 when the sales intelligence firm Apollo compromised the data of 9 billion companies and organizations.

The company has confirmed that the leaked data included names, email addresses, company names, and other business contact information.

And although, they reported that data was accessed without authorization the company denies the leak of social security numbers, financial data, and passwords. If that can be of consolation.

Probably the most famous and second biggest of all data breaches happened between 2013 and  2016.

In those breaches, the company’s entire customer base was exposed. Cybercriminals gained access to names, birth dates, phone numbers,  and passwords. It was even confirmed that security questions were also exposed during the attacks.

The most recent of the biggest cyberattacks happened in 2019.

21. 1.2 billion records of data sitting on an unsecured server owned by People Data Labs were compromised.

An investigator found that a great volume of data could be easily accessed without the need for authorization. And even if the 1.2 billion records are an impressive collection of data, they didn’t contain any sensitive information.

Nonetheless, the email addresses and social media profiles of hundreds of millions of users were available for a download.

It’s surprising how vulnerable our online information can be.

Data breaches are becoming a tempting opportunity many cybercriminals take advantage of.

22. A hacking attack occurs every 39 seconds.

It’s mind-blowing but cybercriminals are not going to slow down. It’s projected that by 2021 data breaches will be attempted every 11 seconds.

The volume of breaches now results in a great loss of personal data, imagine in a year’s time.

And to rub salt in the wound it turns out data loss happens predominantly because of carelessness.

24. 95% of the cybersecurity breaches are caused by human error.

Employee data breach statistics show that the lack of adequate cybersecurity training opens companies to the threat of phishing attacks and data loss.

According to a report, there are 25 connected devices per 100 people in the U.S. Without appropriate security measures, they all can turn into ticking bombs. The risk of cyberattacks will rise together with the number of our smart devices, according to data breach predictions in 2020.

In a digital business environment cybersecurity needs to be a priority.

That’s a massive amount but cybersecurity doesn’t come cheap and organizations will be forced to re-organize and include decent security measures.

Data breach stats show that we’ll also have to deal with an increasing number of unfilled cybersecurity positions.

In the U.S alone there are more than 300,000 vacant positions. Compared to the last 5 years there’s a 74% increase in postings. We will need an army of cybersecurity specialists to keep up with the trends!

It’s evident by the shocking stats of leaked data that cybersecurity will have to go hand with our move to a digital society.  If we ignore its importance we’ll just continue to lose our personal information in malicious data breaches. There are a few steps we can take to prevent the loss of our information, according to data breach statistics:

Follow those steps to keep your data safe and remember to stay informed! Till next time!

23+ Consumer Debt Statistics That Will Shock You in 2020

US Inflation Forecasts and Statistics to Be Aware of in 2020

21+ Cash vs Credit Card Spending Statistics to Know in 2020

Financial Impact of the CORONAVIRUS Pandemic [UPDATE May 2020] 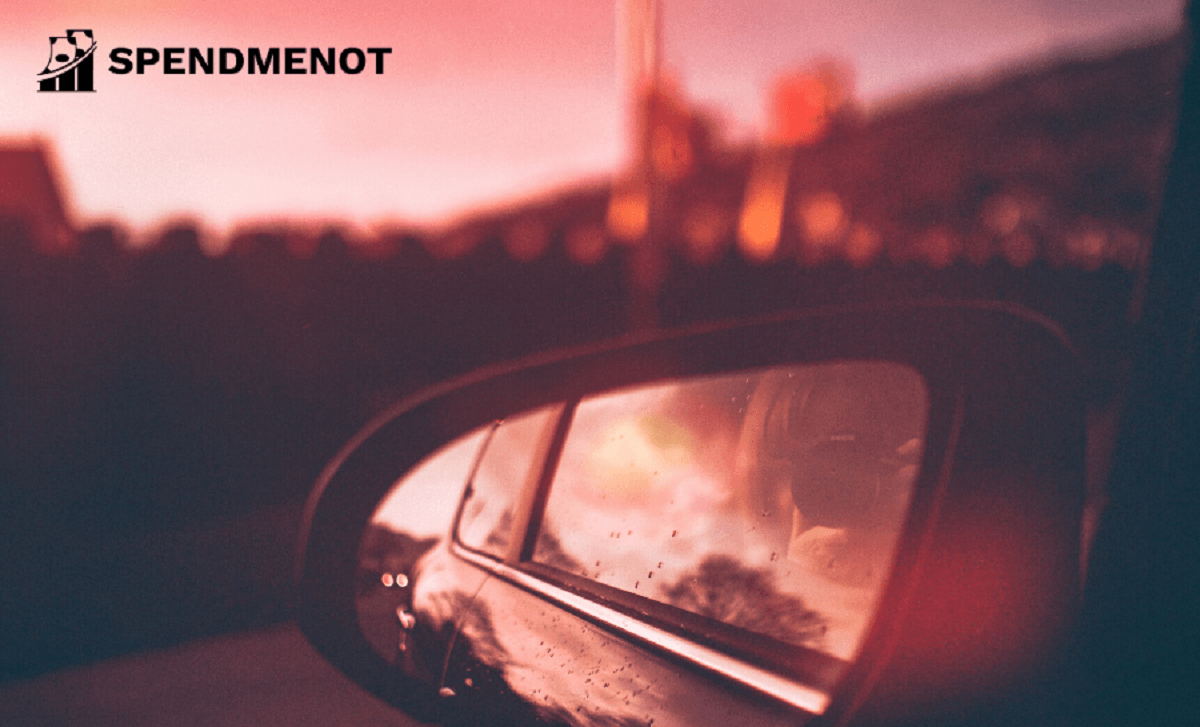