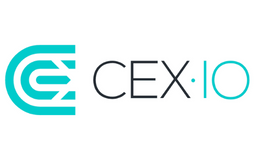 by Samuel Gitonga
Advertiser disclosure This page may contain links to our partners’ products and services, which allows us to keep our website sustainable. This means that spendmenot.com may receive a compensation when you sign up and / or purchase a product or a service using our links. However, all opinions expressed in this article are solely ours, and this content is in no way provided or influenced by any of our partners.

Vary depending on mode

As far as cryptocurrency exchanges go, the founding script tends to be the same. A creator harbors a vision of changing the game. They study the market to see what’s missing and develop a solution to compete with the very best.

Seldom are cryptocurrency exchanges borne out of an initial failure, but this is how CEX.IO was reinvented. This background has shaped how the platform operates today.

Our CEX.IO review unpacks the exchange and how it transitioned from a setback to becoming a recognizable name in the industry.

CEX.IO is a regulated London-based cryptocurrency exchange renowned for being one of the first platforms to make fiat-to-crypto transactions accessible through card payments and bank transfers.

It was launched in 2013 as a Bitcoin cloud mining provider and hashing power marketplace powered by an internal mining pool called GHash.IO.

The platform was initially designed to facilitate users to earn Bitcoin mining rewards without putting together expensive mining operations in their homes.

The company stopped its cloud mining operations in the latter stages of 2016 following the closure of GHash.IO due to a lack of profitability. Decision-makers then mooted the idea of transitioning it into an exchange which worked to a tee.

As of April 2022, CEX.IO is supported in 20+ countries and has four million+ registered users.

Who is CEX best for?

CEX.IO is a natural fit for retail and institutional investors interested in specialized crypto products like crypto-backed loans and staking. It is also geared toward investors seeking features like margin trading and order execution tools.

How Does CEX.IO Work?

CEX.IO is a multifunctional cryptocurrency exchange built to serve the needs of experienced traders. It offers several unique features. The only downside is that it is less liquid than other similar-sized exchanges.

Options available to users include:

While some international exchanges offer separate platforms for the US market, CEX.IO provides one venue to all users. The only caveat is that CEX.IO’s US customers cannot access certain features like crypto loans and margin trading.

To get started with CEX.IO, users must be at least 18 years of age.

You are also required to provide some personal details such as name, nationality and date, and place of birth.

CEX.IO will then take you through a two-step identity verification process.

CEX.IO asks users to confirm their phone numbers by SMS code as an additional security measure.

2. Submit proof of identity documents: This stage involves users providing the relevant documents to authenticate their identity. These can be an international passport, government-issued identity card, or driver’s license. You’ll need to provide a photo of your document and a selfie with it.

To stop its platforms from potentially being used to facilitate serious crimes like money laundering, human trafficking, and terrorist financing, CEX.IO’s customer verification process is thorough.

As mentioned above, the exchange requires users to provide their social security number (for US users) and submit official documents such as a passport or government-issued ID to prove their identity. The exchange will then take steps to authenticate that information.

CEX.IO also monitors transactions for suspicious activity. Once a transaction is flagged, the exchange is obligated to report the case to the relevant authority through its compliance officer. CEX can also suspend or terminate a user’s account if suspected of illegal activity.

What can you trade?

CEX.IO supports fewer currencies in the US than it does globally due to tighter regulation. Staking is also limited to select currencies.

Conversely, only seven coins were available for staking in the US. They included:

Daily deposits and withdrawals are unlimited for CEX.IO’s Enhanced and Corporate accounts.

How to Trade Crypto on CEX.IO

Trading crypto on CEX.IO is relatively seamless. To get started, click on the “Trade” section on its website and choose if you want to buy currencies through its advanced trading engine.

Buying crypto through the mobile CEX.io app is just as easy to navigate through the Instant Buy and Instant Sell features. You can do this by following these steps:

What Are the Perks of Using CEX.IO?

If you are shopping for a cryptocurrency exchange today, what are some of the reasons you would pick CEX.IO?

Staking: CEX.IO lets investors earn interest in their crypto. Users can stake their digital assets on the platform and net income.

Crypto Lending: CEX.IO also lets users borrow crypto in minutes which they can withdraw or invest in cryptocurrencies. The loans are backed by Bitcoin (BTC) or Ethereum (ETH).

These features are attractive to investors who seek more advanced options. But the biggest draw towards using CEX.IO is its low fees for spot trading. The fees are based on your trading volume, and the highest is just 0.25%.

Now, let’s look into the exchange’s pricing in more detail.

CEX.IO employs a maker-taker schedule where transaction fees are based on 30-day trading volumes for all pairs. The fees are recalculated daily at 00:00 (GMT).

Besides the trading fees, deposit and withdrawal fees also apply. These, however, vary from asset to asset and the payment option.

Deposit fees range from 0% to 2.99%. On the other hand, CEX.IO withdrawal fees are structured to factor in a service charge of up to 3%  and a commission of up to $25.

But what about security? What measures has CEX.IO put in place to protect its users’ funds?

Each digital currency has both hot and cold wallets with separate private keys. The proportion in which the digital assets are divided between the hot and cold wallets is determined by the amount of crypto that can sustain day-to-day trading activity. Typically, only a small portion of funds are in active circulation. Therefore, hot wallets only hold a small percentage of the total funds.

CEX.IO explicitly states that only the company’s funds remain in hot wallets to support the daily crypto circulation. In case of a hack, investors are insulated from losses.

For major cryptos like Bitcoin and Ethereum, 100% of clients’ funds are stored in cold wallets.

Additionally, every transaction involving the movement of digital assets is vetted by authorized systems independent from each other. Consent from most internal CEX.IO signatories to accounts and wallets is required to initiate any transaction.

CEX.IO’s servers, hardware modules, and personnel with access are also distributed across different locations and jurisdictions.

The exchange also protects against DDoS attacks and complies with PCI DSS standards.

On the client-side, users can enable two-factor authentication “2FA” – an extra layer of security that helps keep your account and funds secure. Anyone trying to access an account or funds must authenticate their identity beyond their username and password. This makes the CEX.IO wallet one of the safest in the market.

CEX.IO LTD is registered as Money Services Businesses (MSB) with the Financial Crimes Enforcement Network (FinCEN), a wing of the US Department of the Treasury.

CEX USA also complies with a host of other regulations.

In Canada, CEX.IO is registered as a Money Services Business (MSB) with the Financial Transactions and Reports Analysis Center of Canada (FINTRAC).

As of April 2022, CEX.IO had temporary registration as a crypto asset business by the Financial Conduct Authority (FCA).

Users seeking help can open a direct line of communication with CEX.IO customer support teams via:

Unfortunately, CEX.IO does not provide customer support via phone.

CEX.IO is available to Android and Apple users on Google Play and App Store, respectively.

The iOS app has a somewhat higher rating than the Android one. However, they both provide a full set of trading features, plus price alerts and order notifications.

Judging by the CEX.IO reviews on Trustpilot, the exchange seems to be living up to its billing. The most popular beliefs are that the platform is legitimate, reliable, fast, and offers a good experience. One or two users call CEX.IO a scam but don’t substantiate their claims.

CEX.IO reviews on Reddit are the antithesis of the consensus on Trustpilot. Most users lament not being able to withdraw their money from the exchange. They also fault the company for failing to assist them with the process.

Given that it’s a competitive industry, there is no shortage of alternatives. This review would be incomplete without comparing CEX.IO to other trading platforms.

The first place to start when comparing the two is that Binance has the lowest fees in the market. It also supports more cryptocurrencies (500+) than CEX’s 114+ coins.

The one area in that CEX stands taller than its peer is security. The exchange has never been hacked. On the contrary, Binance has been breached. In 2019, hackers stole over $40 million worth of Bitcoin from its coffers.

The most apparent difference between the two exchanges is that Crypto.com does not charge deposit fees. Deposits on CEX.IO, on the other hand, range from 0% to 2.99%.

Coinbase users enjoy a lower minimum deposit requirement of $2 than CEX.IO clients who have to fund their accounts with at least $20 before making any transaction.

Coinbase also charges a withdrawal fee of $25, while the rate varies on CEX.IO depending on the withdrawal mode.

While both allow users to stake their currencies, the rate can be much higher on CEX.IO – up to 14% depending on the coin. With Coinbase, investors earn up to 5% APR on their crypto.

Kraken supports a slightly wider range of cryptocurrencies than CEX.IO – 120+ compared to 114+ coins.

The adage that necessity is the mother of invention holds true in the crypto world.

Name it: Smart contracts, crypto lending, staking. The list is endless of the innovations churned out to solve a need.

And while most exchanges have been designed to solve a particular need and target a specific market, CEX.IO’s success story is more of a trial-and-error example.

What’s more, it’s safe to say that CEX.io’s failure as a different service is somewhat a masterstroke. Its reinvention from a Bitcoin mining provider to a crypto exchange has worked to perfection. Looking back, it’s something to marvel at.

CEX.IO is a London-based cryptocurrency exchange. It is popular for being one of the first platforms to make fiat-to-crypto transactions accessible through card payments and bank transfers. It was started initially as a Bitcoin mining provider in 2013 but was repurposed to become an exchange in 2016.

CEX.IO is a regulated exchange and holds licenses to operate in multiple jurisdictions, including the United States. The platform also boasts of one of the tightest security and enjoys the status of not being breached. Our research did not yield anything to suggest that CEX.IO is not legit.

Yes. All US residents’ USD funds are covered by the Federal Deposit Insurance Corporation (FDIC) for up to $250,000 per person.

No. As explained in our CEX.IO review, verification is mandatory for all users. This is done to enhance security and comply with federal and state regulations. 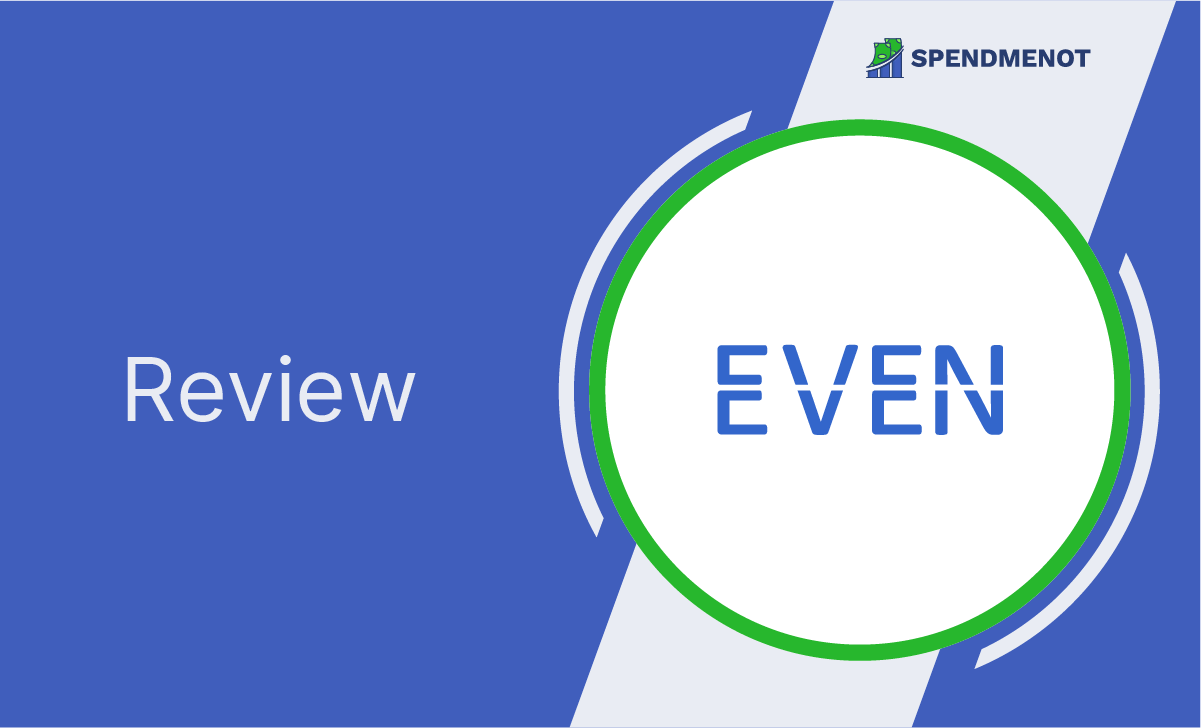 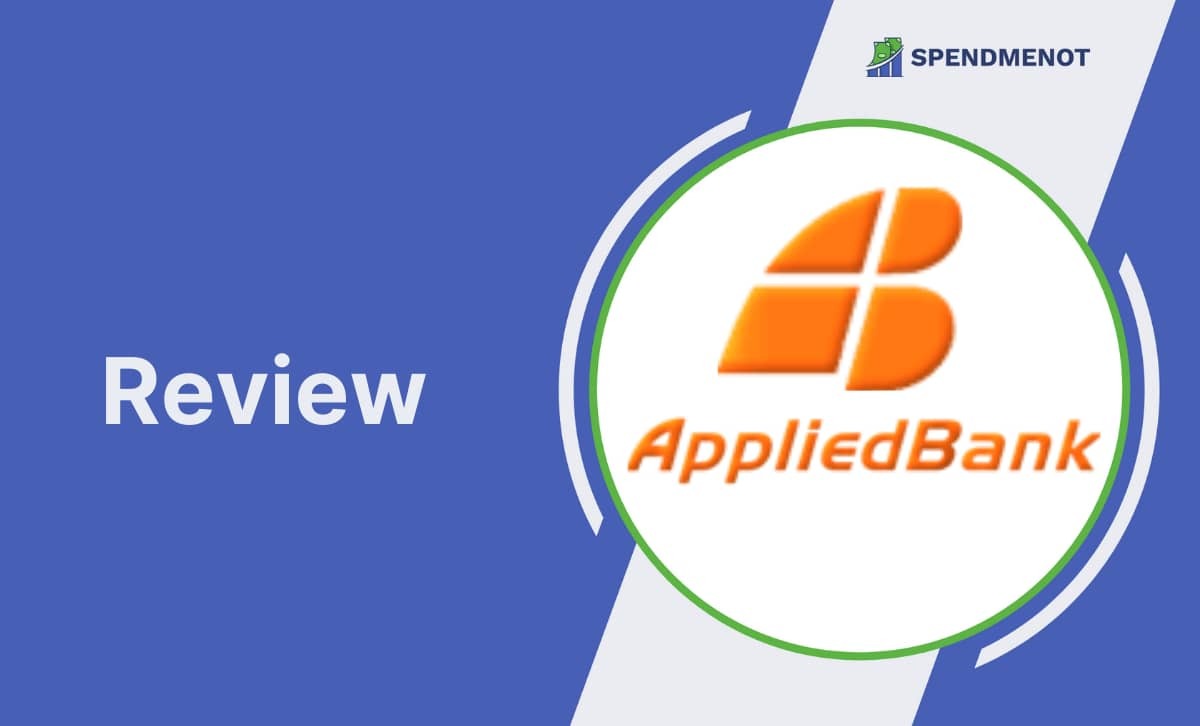 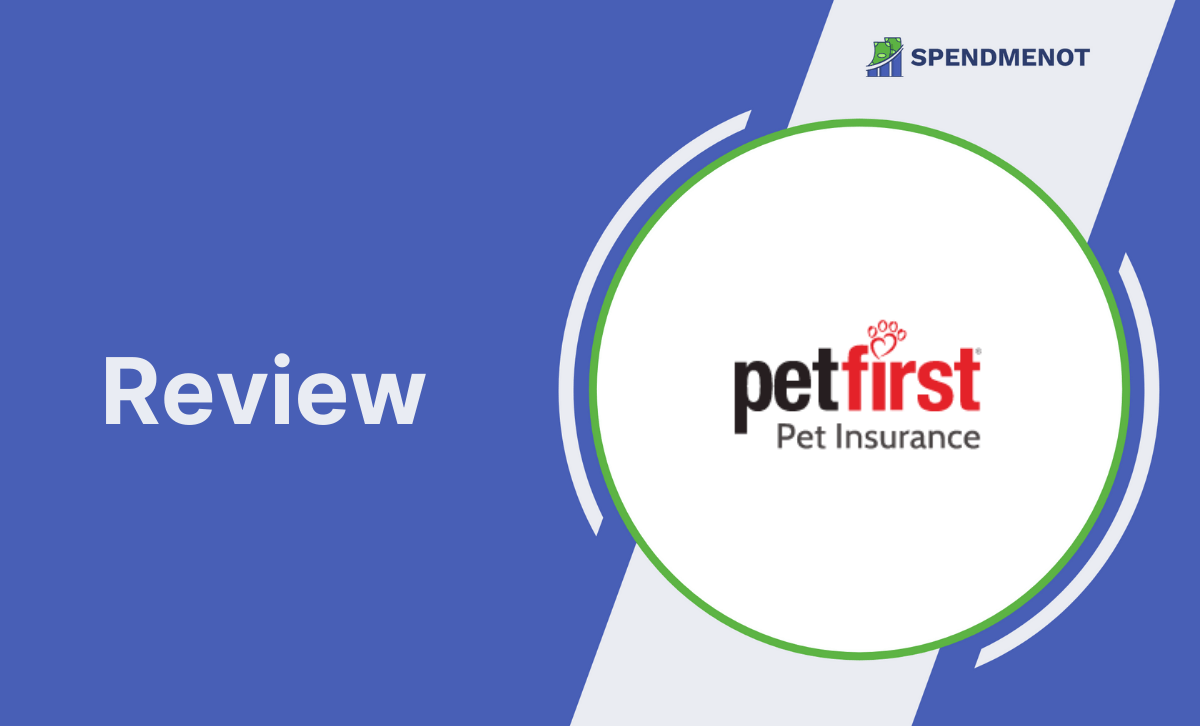 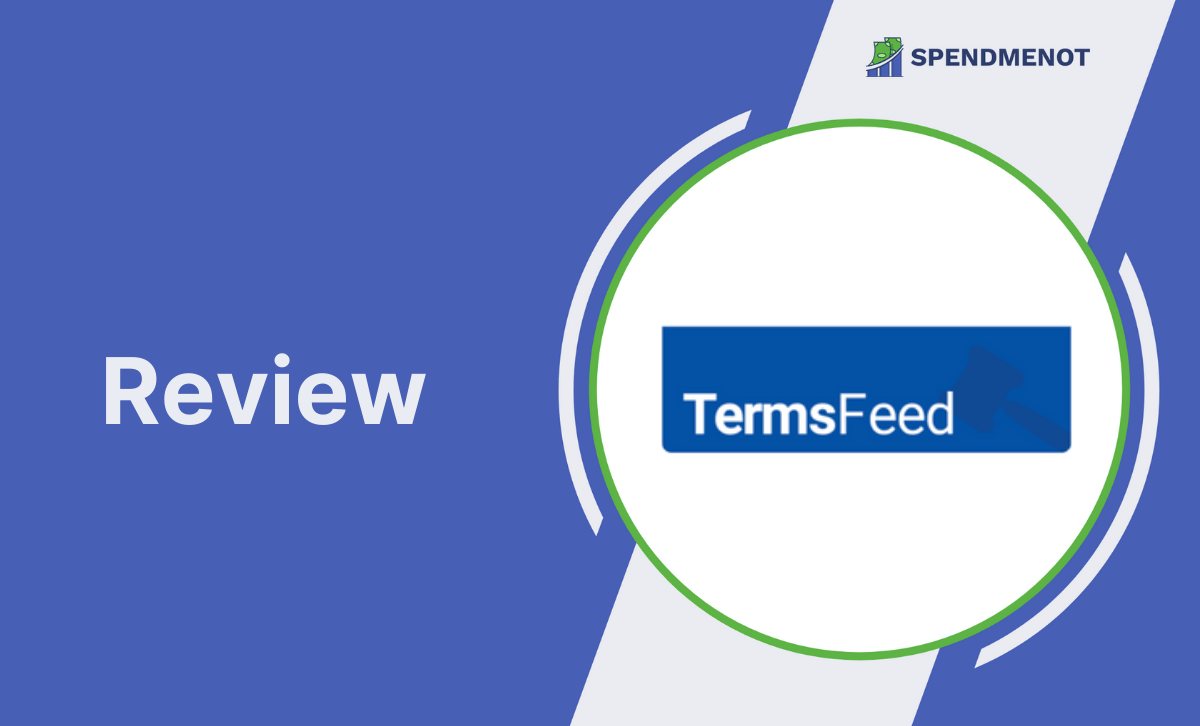 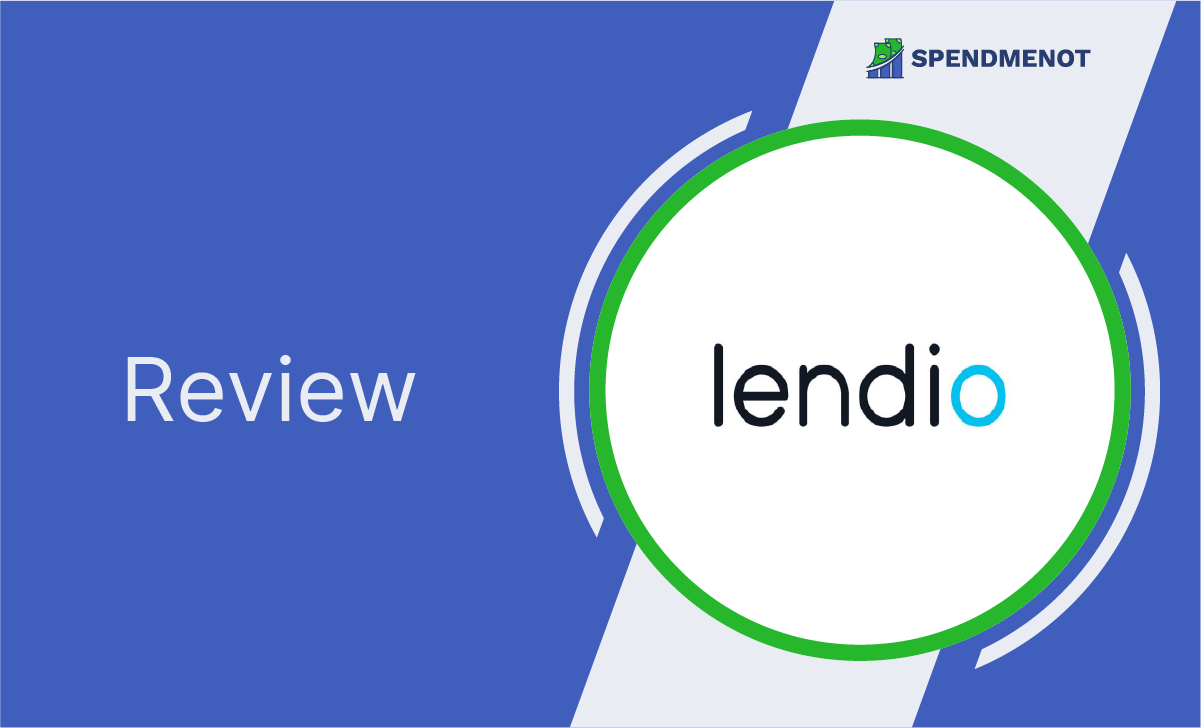 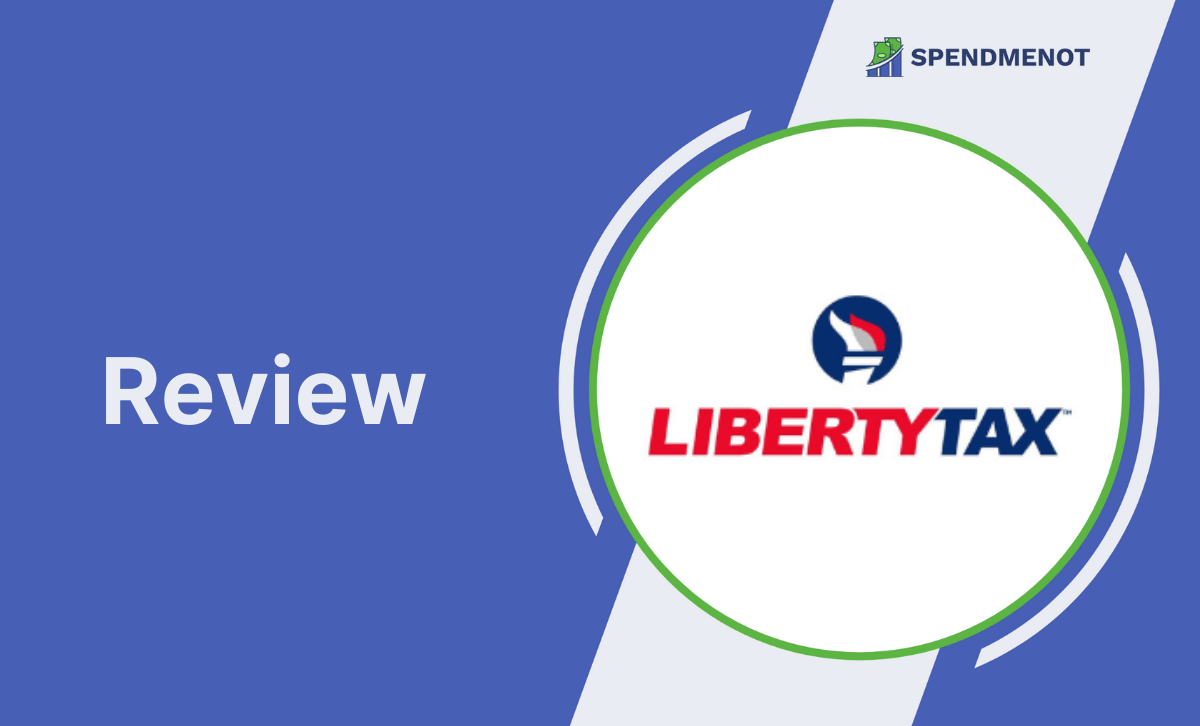 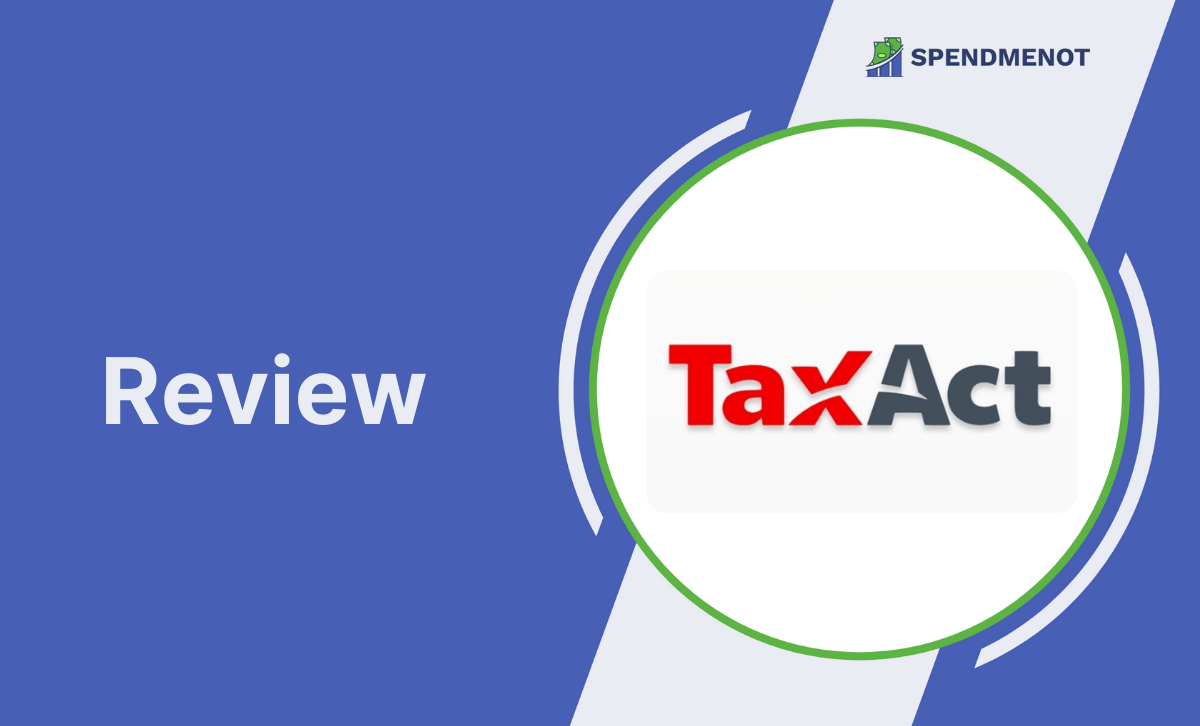 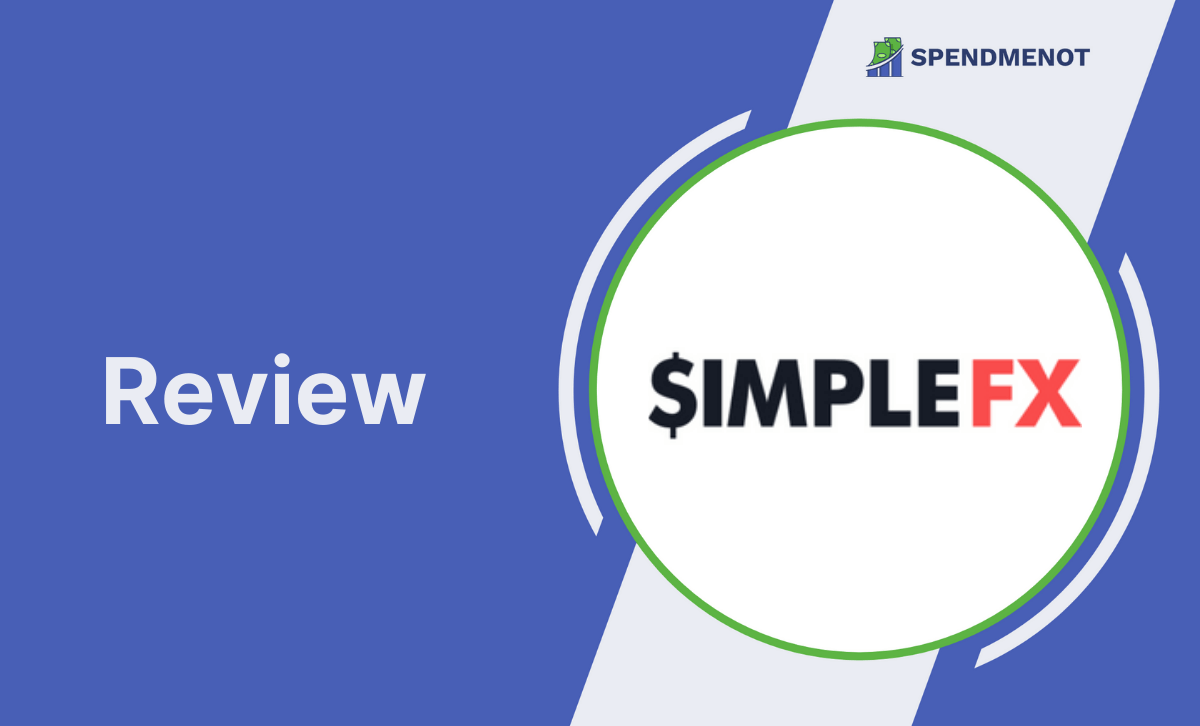 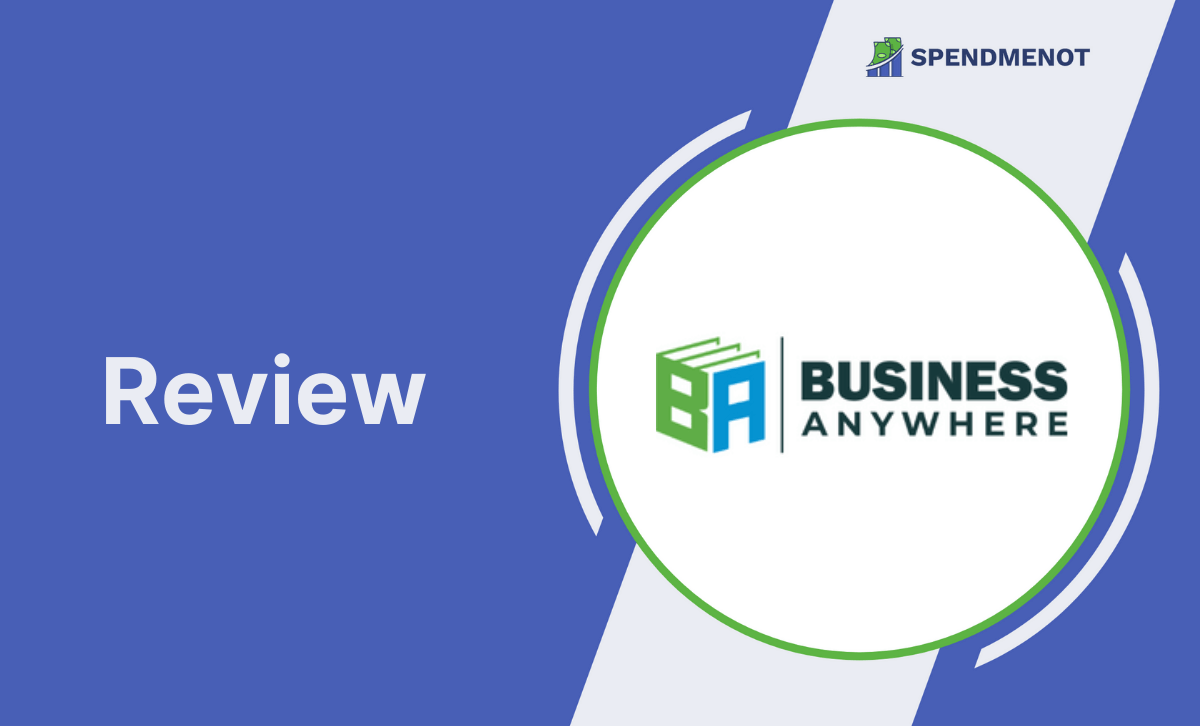 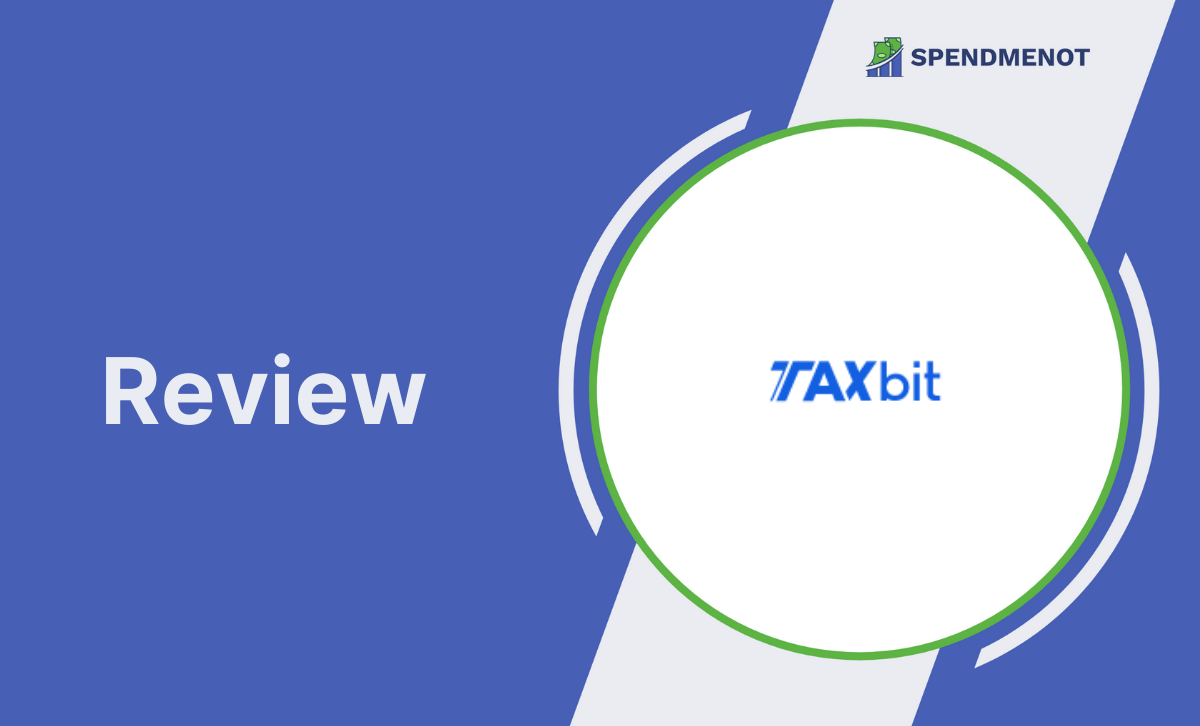