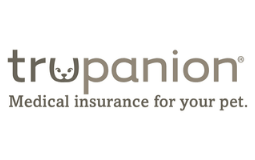 US, Puerto Rico, and Canada

Advertiser disclosure This page may contain links to our partners’ products and services, which allows us to keep our website sustainable. This means that spendmenot.com may receive a compensation when you sign up and / or purchase a product or a service using our links. However, all opinions expressed in this article are solely ours, and this content is in no way provided or influenced by any of our partners.

US, Puerto Rico, and Canada

Finding the right insurance provider for your pet is not always an easy task. Luckily, our team is here to help you!

What Is Trupanion Best for?

Trupanion is best for pet owners that prefer comprehensive coverage with customizable cost.
The deductible ranges between $0 to $1,000 and allows pet owners to choose the amount they are most comfortable with. Furthermore, Trupanion offers additional coverage for Trupanion’s breeding rider for owners of purebred pets who are willing to spend a bit extra.

Yes, Trupanion is a legitimate pet insurance provider. The company was founded in 1999 and is headquartered in Seattle. Trupanion is also a member of the North American Pet Health Insurance Association (NAPHIA).

Trupanion does not cover the following:

Exam fees, wellness, and preventive care aren’t covered by Trupanion’s policy as they aren’t considered to be unexpected expenses.

Trupanion does not cover pre-existing conditions. Any illness, condition, or injury that occurred 18 months prior to policy enrollment or during the waiting period will not be covered.

How Much Does Trupanion Pet Insurance Cost?

The policy will cover 50% to 100% of the eligible costs (customizable reimbursement percentage). This means that you will only need to pay the remaining cost, your monthly premium, and the deductible each time your pet develops a new condition.

As multiple factors determine your Trupanion cost per month, it is best to get a customizable quote for their website.

Here are two examples of the Trupanion pet insurance quote:

To lower your monthly Trupanion cost, you can reduce the reimbursement level and vice versa.

Trupanion claims that they won’t increase your rates as your pet gets older. However, your premium may change depending on the cost of veterinary care.

To verify this, we looked up reviews of Trupanion pet insurance regarding the cost. Unfortunately, policyholders still complained about the monthly cost increase. Even though representatives claimed that the increase was due to the veterinary cost in the area and other factors related to age, the fact remains that there is no way to avoid cost increases of animal insurance.

Judging by Trupanion reviews by clients, dealing with their employees can be a hit or miss. Some clients stated that the representatives were nice and friendly, while others claim that they are incompetent. The negative reviews were mostly from customers whose reimbursement claims were denied.

Consumers Advocate has ranked Trupanion among their best pet insurance companies of 2020. Trupanion was chosen as the Veterinarian Favorite.

Sadly, the majority of the comments left by consumers under the Trupanion Review by Consumers Advocate are negative. It also has low scores with Consumer Affairs, and Trupanion’s claimed Yelp page reviews aren’t particularly favorable.

The claimed Trustpilot page has the highest number of reviews, and they’re very positive. In general, claimed or accredited Trustpilot or Consumer Affairs profiles have higher ratings than unclaimed or unaccredited company profiles.

On their accredited Better Business Bureau profile, the company has an A- rating. Trupanion BBB reviews tend to be average.

Let’s sum up what the positive Trupanion reviews are saying about their cat and dog insurance policy.

These reviews are mainly written by pet owners that otherwise wouldn’t have been able to foot the bills – as all positive pet insurance reviews are.

If they hadn’t gotten Trupanion pet health insurance, some pet owners would have had to go into debt or put down their pet.

In a discussion on whether pet insurance is worth it by Reddit users, the conclusion is that if you cannot pay out of pocket, or if you don’t have any savings, then you probably need to look into pet insurance plans.

A large number of the negative Trupanion reviews were written by pet owners that were denied reimbursement. Judging by the sheer amount of complaints regarding this issue, it seems that the chances of getting reimbursed by Trupanion aren’t very good.

To be fair to Trupanion – some of the complaints were from clients that didn’t understand or didn’t pay notice that their pet health insurance policy has a lifetime per condition deductible.

We found a Trupanion review from a client whose pet unfortunately developed multiple chronic conditions in one year. This particular client has the maximum deductible available of $1,000. He had to pay $3,000 just so that Trupanion would start reimbursing him for the future expenses incurred by those chronic conditions. Depending on the number of chronic injuries or illnesses your pet may encounter, a lifetime per condition deductible can be either a good thing or a bad thing.

Another common issue mentioned in the Trupanion Pet Insurance complaints is the difficulty to get reimbursed. Pet owners claimed that almost all the conditions were classified as pre-existing, and thus they were denied reimbursement.

And lastly – we turned to Reddit for pet insurance complaints and recommendations. Users were disappointed to see their premiums increase despite Trupanion’s assurances that they won’t raise costs with the pet’s age. In reality, Trupanion raises the premium as much as competitors do. The only difference is the official reason they give – increased costs of veterinary care in the area.

Is Trupanion the Best Pet Insurance?

If you prefer a company that doesn’t discriminate against older pets, then Trupanion may be your best choice!

Healthy Paws is Trupanion’s main competitor. It is also the company believed to offer the best dog insurance (and the best cat insurance!) of 2020.

Both insurance providers offer similar coverage. The only difference is that Trupanion offers extra coverage at an extra cost, whereas Healthy Paws doesn’t.

The deductible types are different: Healthy Paws has an annual deductible and Trupanion has a lifetime per condition deductible.

If you want to know more about Healthy Paws or if you want to make a more detailed pet insurance comparison, check out our review.

Figo has a shorter waiting period for illnesses and doesn’t have an upper age limit. This insurance provider also has an annual deductible, instead of a per condition deductible.

For more details, check out our Figo pet insurance review.

Trupanion has been in the business for around 20 years – they know what they are doing!

If an unexpected vet bill will put you in financial distress, it is best to be prepared. Trupanion’s lifetime per condition deductible is best for pets prone to chronic conditions. And with Vet Direct Pay, you won’t need to count the days until you are reimbursed!

Trupanion is one of the best pet insurance companies. Their policy covers unexpected medical expenses for pets.

What does Trupanion cover?

No, pre-existing conditions aren’t covered by the Trupanion health insurance policy for pets. If there was a sign for an illness, injury, or condition within the 18 months prior to enrollment or the waiting period, Trupanion won’t cover the costs.

Trupanion will cover cancer if it isn’t a pre-existing condition.

Vaccinations are considered to be routine expenses or preventive care, which Trupanion doesn’t cover.

Trupanion does not cover spaying and neutering.

How does Trupanion deductible work?

How do I file a claim with Trupanion?

The easiest way is to use the Trupanion online tool to submit a claim. You can also download the Trupanion claim form, fill it out and send it via fax, email, or snail mail.

To cancel your Trupanion pet medical insurance, contact the company at any time.

Can Trupanion pay my vet directly?

If Vet Direct Pay is available at your hospital, then Trupanion can pay your bill directly. In fact, direct payments were praised a lot by clients in recent Trupanion reviews from 2020!

Is Trupanion worth it?

You can never predict whether pet insurance will be worth it – if you end up needing it, you will be glad you had. On the other hand, if your medical costs aren’t eligible, then you will regret not putting the money into a savings account. To find out if Trupanion is worth it, we wanted to look into firsthand experiences with this company. In a discussion about the best pet insurance on Reddit, we found mixed opinions. Some pet owners ended up with cancer or surgery bills within the first year of enrollment, which far exceeded the amount they paid for their premiums. These users left positive Trupanion reviews on Reddit, stating that even if they had saved the money, it wouldn’t have been enough to cover the medical costs. On the other hand, some pet owners were left with enormous bills they couldn’t afford and that Trupanion wouldn’t cover. To them, it would have been better to put the money into a savings account.
To determine whether Trupanion is worth it for you, research the coverage they offer, the average costs for your pet, and check out verified Trupanion reviews from clients, to see what are the most common complaints about this company. 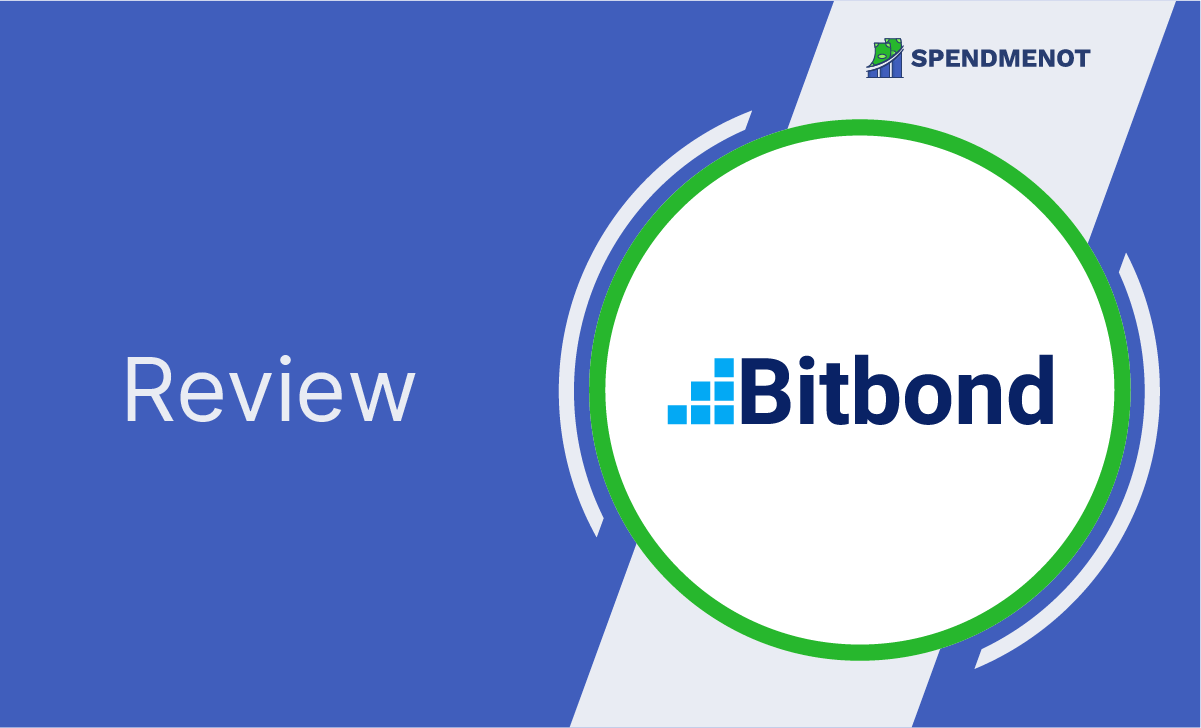 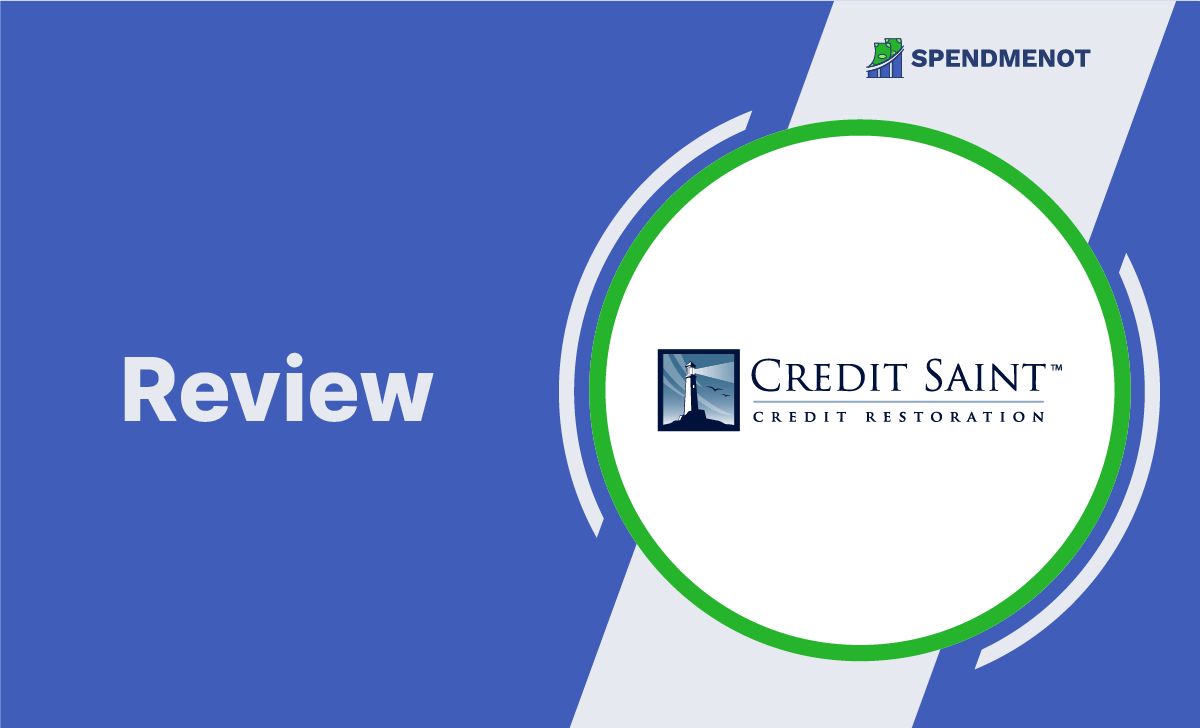 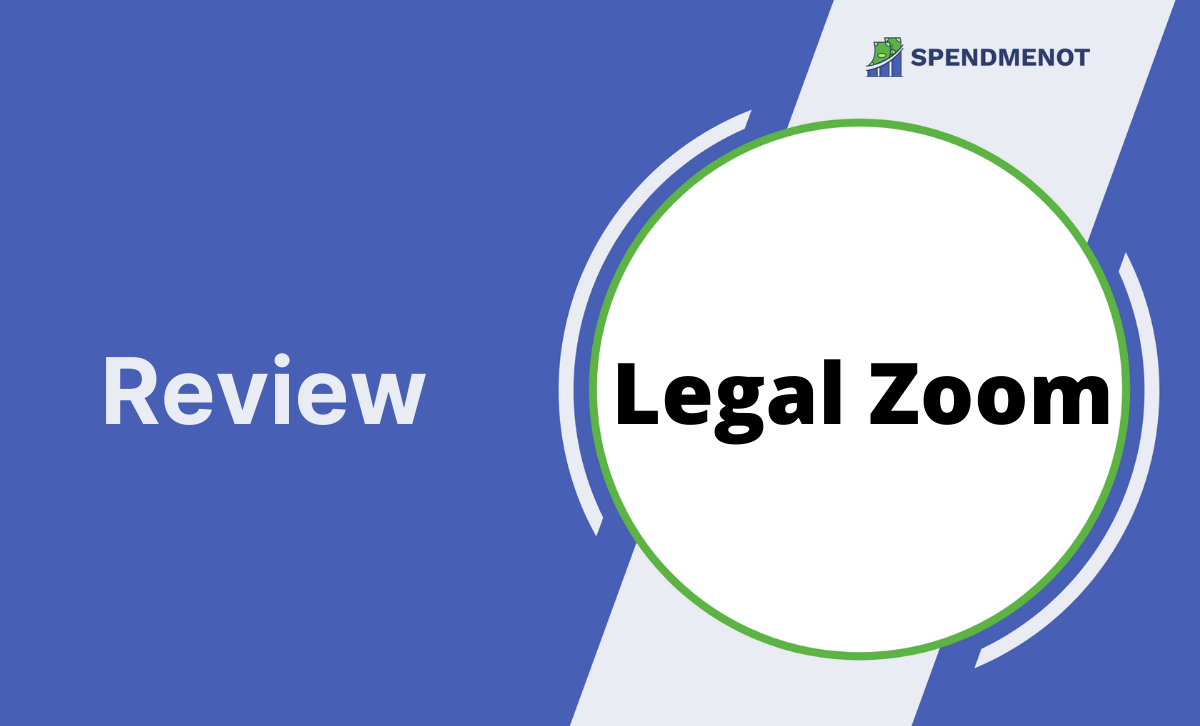 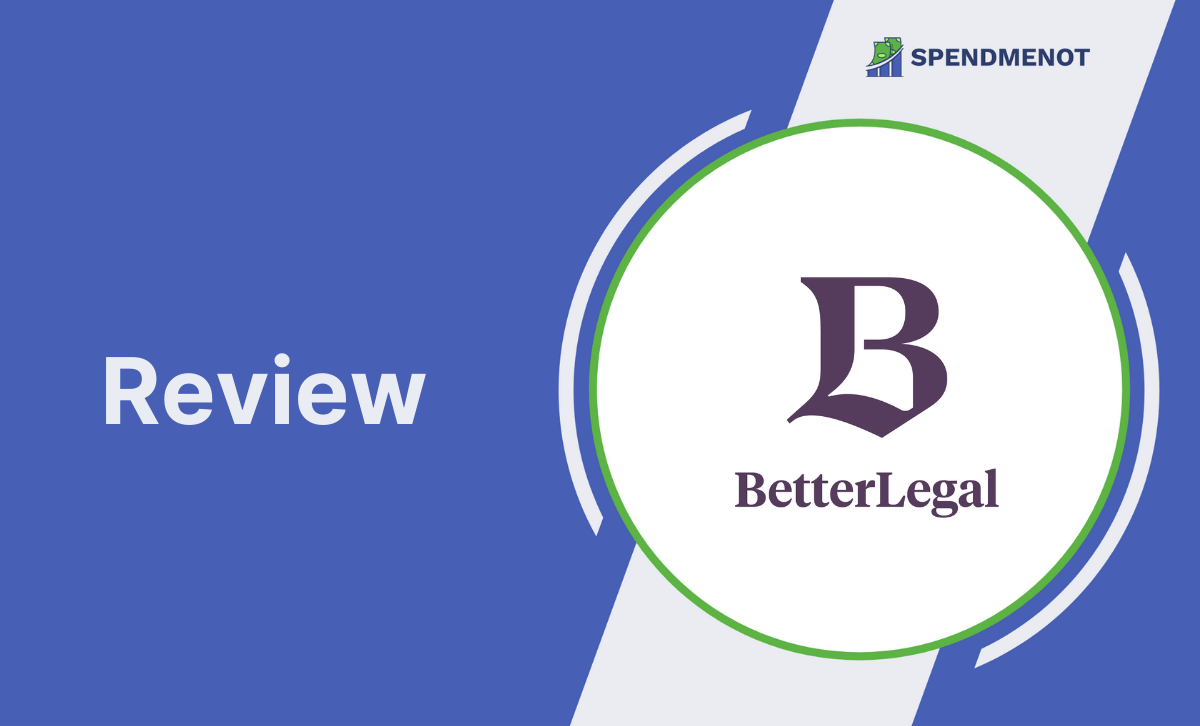 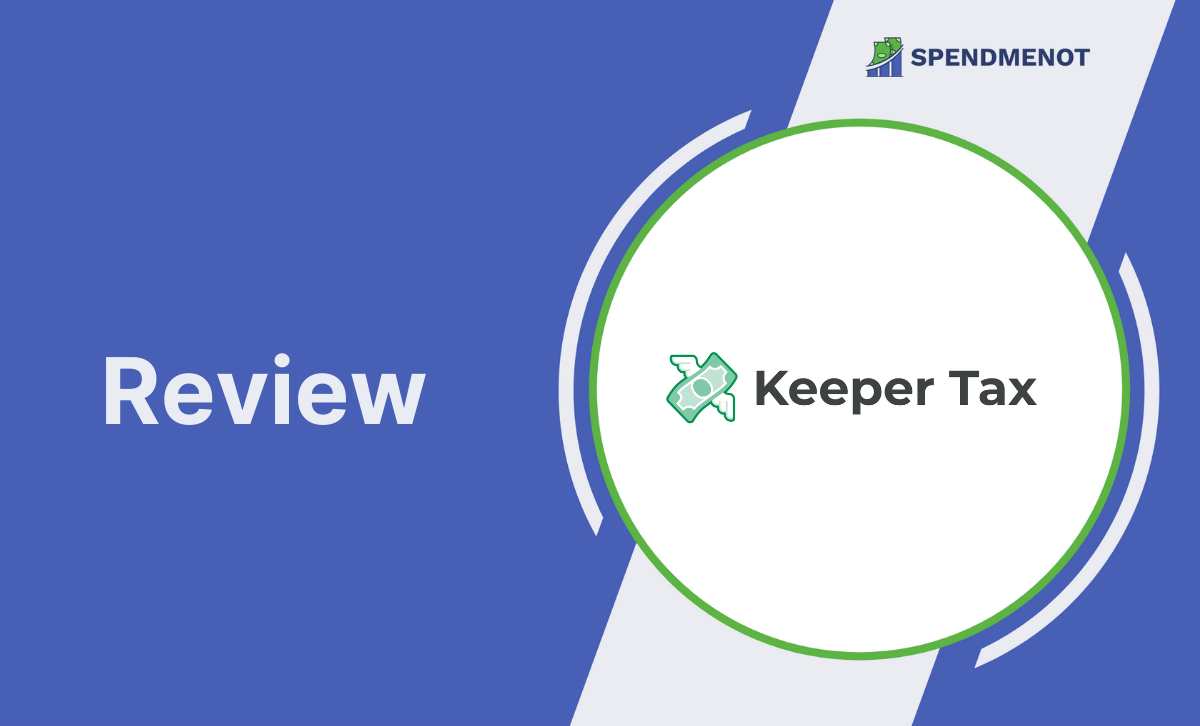 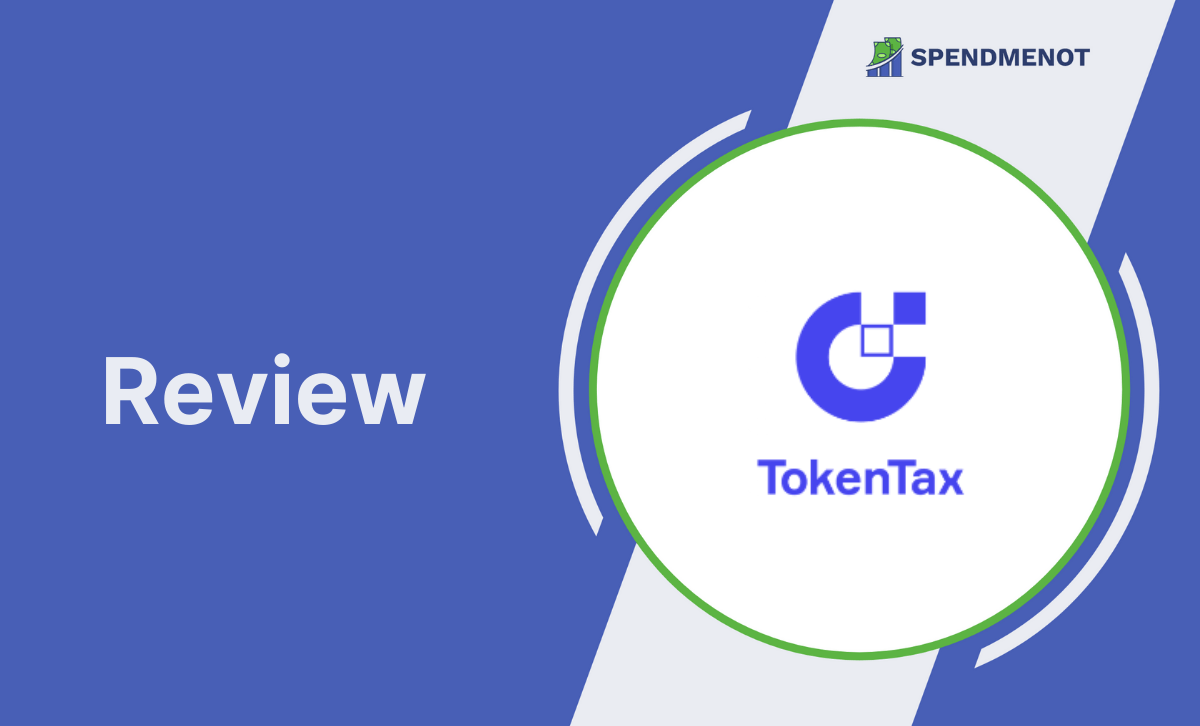